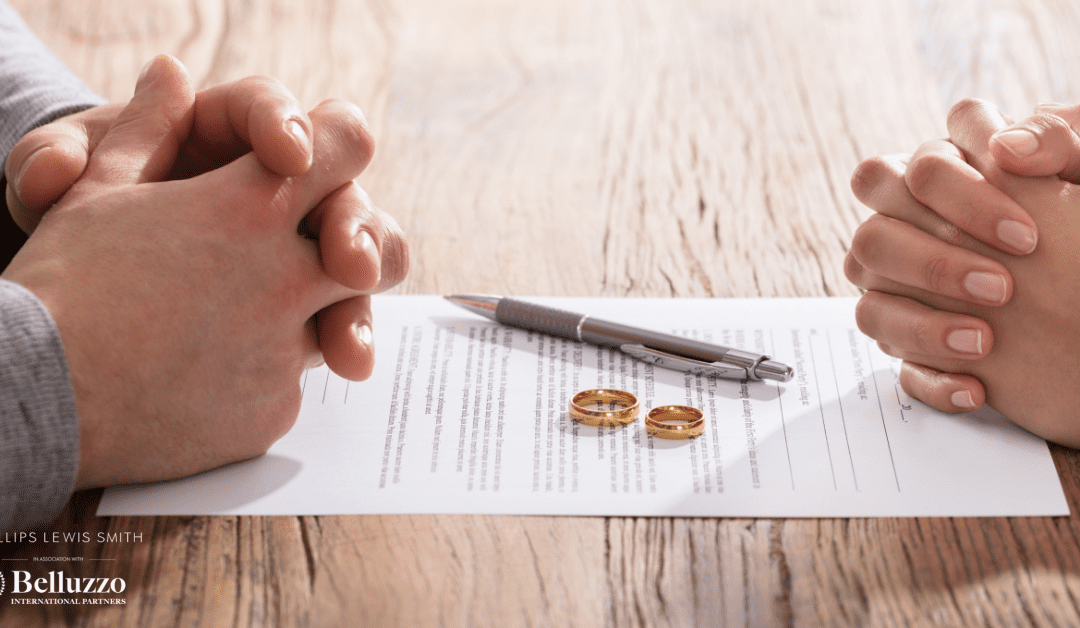 Landmark reforms introducing no-fault divorce ending the “blame game” came into force on 6th April 2022. The Divorce, Dissolution and Separation Act (2020), aimed at reducing conflict between separating couples, represents the biggest shake-up in divorce law for more than half a century. This blog discusses the changes to divorce procedures and timeframes and some frequently asked questions about the reforms.

HOW HAS DIVORCE LAW CHANGED?

Until April of this year, to get divorced in England and Wales, one spouse was required to make an allegation about the other’s conduct, confirming factors such as ‘unreasonable behaviour’ or ‘adultery’. This meant that unless separated for at least two years, even if the couple had made a mutual decision to separate, one party had to say that their spouse’s behaviour was the reason for the marriage ending before a divorce could be granted.

Under the new reforms, the changes mean that a spouse or a couple jointly can now apply for a divorce by stating their marriage has broken down irretrievably. There is no longer the need for separating couples to apportion blame for the breakdown of their marriage.

It is hoped this will allow for the overall divorce proceedings to be more amicable, helping separating couples focus more collaboratively on key practical decisions involving children or their finances.

Furthermore, in one of the most significant changes, it is much harder to contest a divorce, which will stop a malicious partner from locking their spouse in an unhappy or abusive marriage by objecting to a divorce. Under the new No-Fault Divorce system,  a divorce or civil partnership dissolution can only be contested on limited technical grounds.

The language surrounding the process has also been simplified to make it more understandable:

WHAT ARE THE NEW APPLICATION TIMEFRAMES UNDER NO-FAULT DIVORCE?

The Act also introduces a compulsory waiting period of 20 weeks between the petition for the divorce and when you may apply for a conditional divorce order. Couples can use this time to reflect and possibly change their minds. However, where reconciliation is not possible, couples can use this time to agree on important matters affecting their future, including decisions involving children, finances, and property. While the process for dealing with finances remains the same, the government has committed to exploring further reforms around financial settlements on divorce, such as maintenance payments and the division of assets.

“The breakdown of a marriage can be agonising for all involved, especially children. We want to reduce the acrimony couples endure and end the anguish that children suffer.”

“That’s why we are allowing couples to apply for divorce without having to prove fault, ending the blame game, where a marriage has broken down irretrievably, and enabling couples to move on with their lives without the bitter wrangling of an adversarial divorce process.”

The reforms are part of wider government efforts to reduce conflict in the family courts, to protect children from harm and divert suitable cases away from the courtrooms.

CAN THE DIVORCE PROCESS BE COMPLETED WITHOUT A SOLICITOR?

It is possible to file for a divorce yourself using the government portal. However, to ensure you have considered all the issues that will impact you and your family, it is advisable to seek specialist legal advice on more complex aspects such as the division of matrimonial assets or child arrangements before making any hasty decisions that may not be in your best interests.

Whilst No-Fault Divorce has helped streamline the process, having the right legal advice and support can ensure you complete every stage of the process correctly and promptly to avoid unnecessary delays. Our experienced family law solicitors, who also specialise in complex and high-value divorce, will guide you through the process in a way that is tailored to your situation. We offer specialist dispute resolution techniques with solid skills in non-confrontational divorce. However, if it is not possible to avoid litigation, we have the expertise to represent you in the courts.

Regardless of the complexity of your situation, our Family Law team can help you will all aspects of divorce and separation, including divorce, financial settlements, and separation agreements.